PICS has had a long and successful history. The current PICS technology for post-harvest crop storage is an improved form of the original triple bagging hermetic technology developed for on-farm cowpea storage in northern Cameroon. Led by Purdue entomologist Professor Larry Murdock, the Purdue-Cameroon project (1987-2002), funded by the USAID Bean/Cowpea Collaborative Research Support Program (CRSP), devised several storage technologies that were low-cost, easy to teach, simple to use, relied on commonly available materials and were culturally acceptable to farmers in northern Cameroon. The Purdue-Cameroon team worked closely with Cameroonian farmers for years, carrying out experiments in villages before the eyes of villagers who could watch and make suggestions.

In 2007 the Bill & Melinda Gates Foundation began investing in Agriculture. One of their first investments involved promoting the triple-bagging hermetic technology – subsequently given the name Purdue Improved Cowpea Storage (PICS). Adoption studies had revealed that there had been widespread, but in places very limited adoption, of CRSP technologies across West and Central Africa. Several Purdue scientists, including Joan Fulton, Jess Lowenberg-DeBoer and Larry Murdock, led a new effort, now called PICS1. PICS1 was designed to reach 3.7 million farm families in ten West and Central African countries. Funding was $11.4 million over five years.

By 2011 it was clear that PICS was working well for cowpea storage but news was reaching project leaders that farmers were trying PICS bags for other crops as well. Convinced that the best approach to expanding PICS for other crops would be to lay a solid scientific and economic foundation for the technology, the PICS2 project sought to evaluate PICS bags for several other major African crops and their insect pests. This work has been led by Larry Murdock, Dieudonne Baributsa, and Jess Lowenberg-DeBoer. Funding was $1.1 million over 30 months.

PICS bags proved useful for storing all the major cereals and legumes in Africa; this finding encouraged the Gates Foundation to make further investments to expand the adoption of PICS bags in West/Central Africa for crops in addition to cowpea and to promote the PICS technology in several countries of East Africa as well. The PICS3 project (2014-2019) was funded for $10.1 million with Dieudonne Baributsa as Principal Investigator. 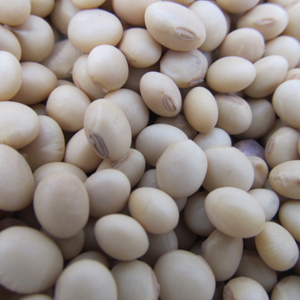 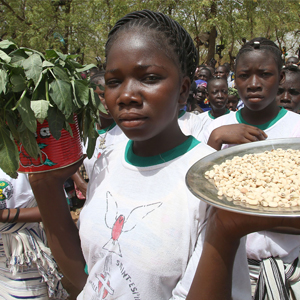 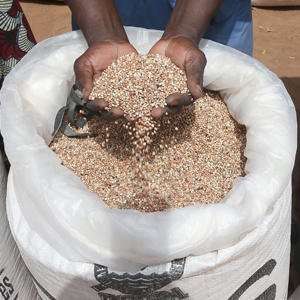